Showcasing local Hip Hop talent has always been in JD Sports’ DNA and we’ve partnered with Acclaim Magazine to proudly present the inaugural Acclaim All-Stars event. Covering three categories including The People’s Champion, MVP (Song of the Year) from a short list of 20 most streamed songs and Rookie of the Year, celebrating best new talent, your vote will decide who deserves to take home the titles. If showing your favourite artist some love wasn’t enough, for each vote for MVP, you’ll go into the draw to win a prize from JD Sports.

Whether you ride with Hooligan Hefs, ONEFOUR, The Kid Laroi, Chillinit or more, hit the link here to cast your vote. 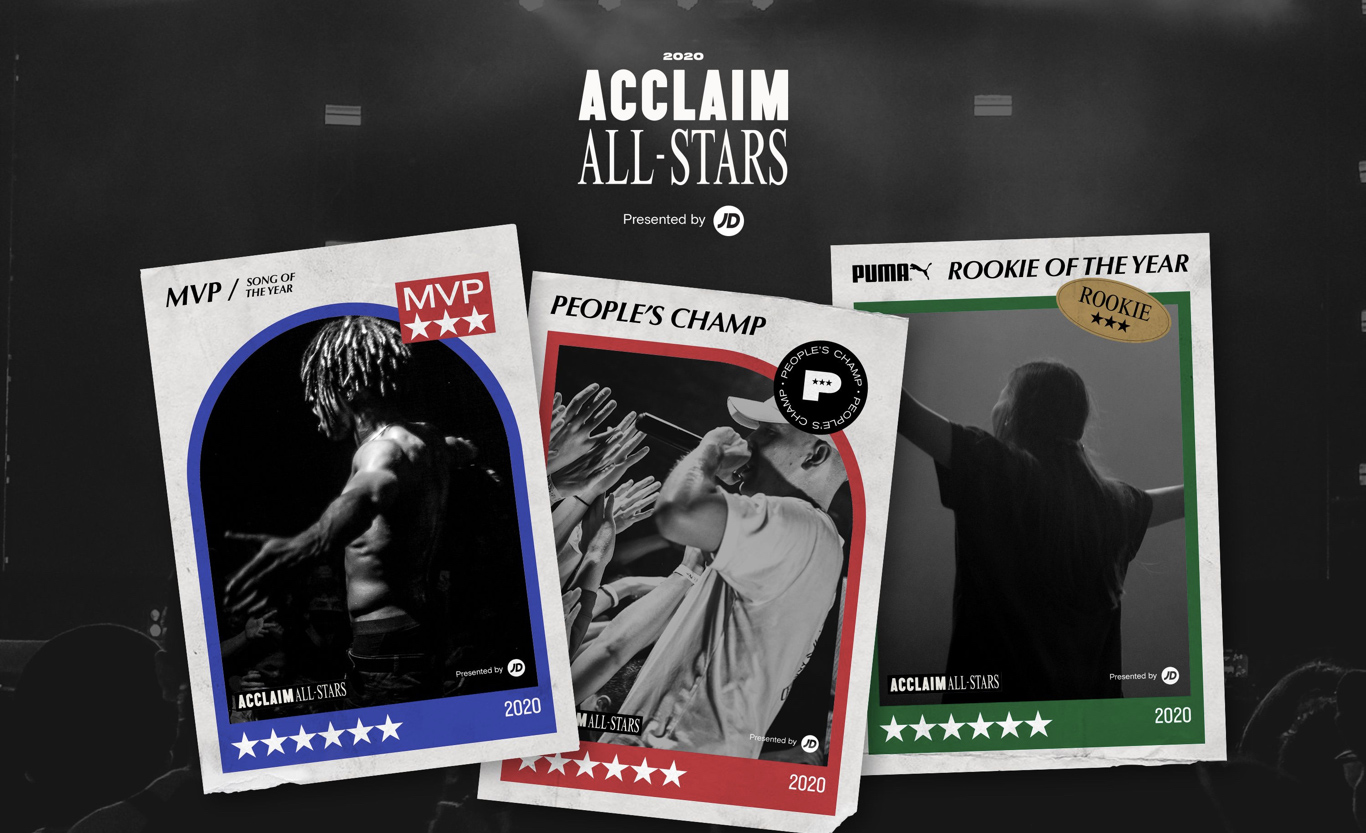