PONY is back and in a big way. Following a recent re-launch in 2017, with New York native Joey Bada$$, the storied brand is back with timeless classics from its extensive archive. Maintaining its sleek, minimalistic aesthetic, their newest collection arrives at JD Sports in a range of high-tops and low-tops; perfect for the cleanest of looks. With it’s unmistakable Chevron motif, PONY continues to point the arrow forward whilst maintaining it’s New York attitude, delivering the goods once again. 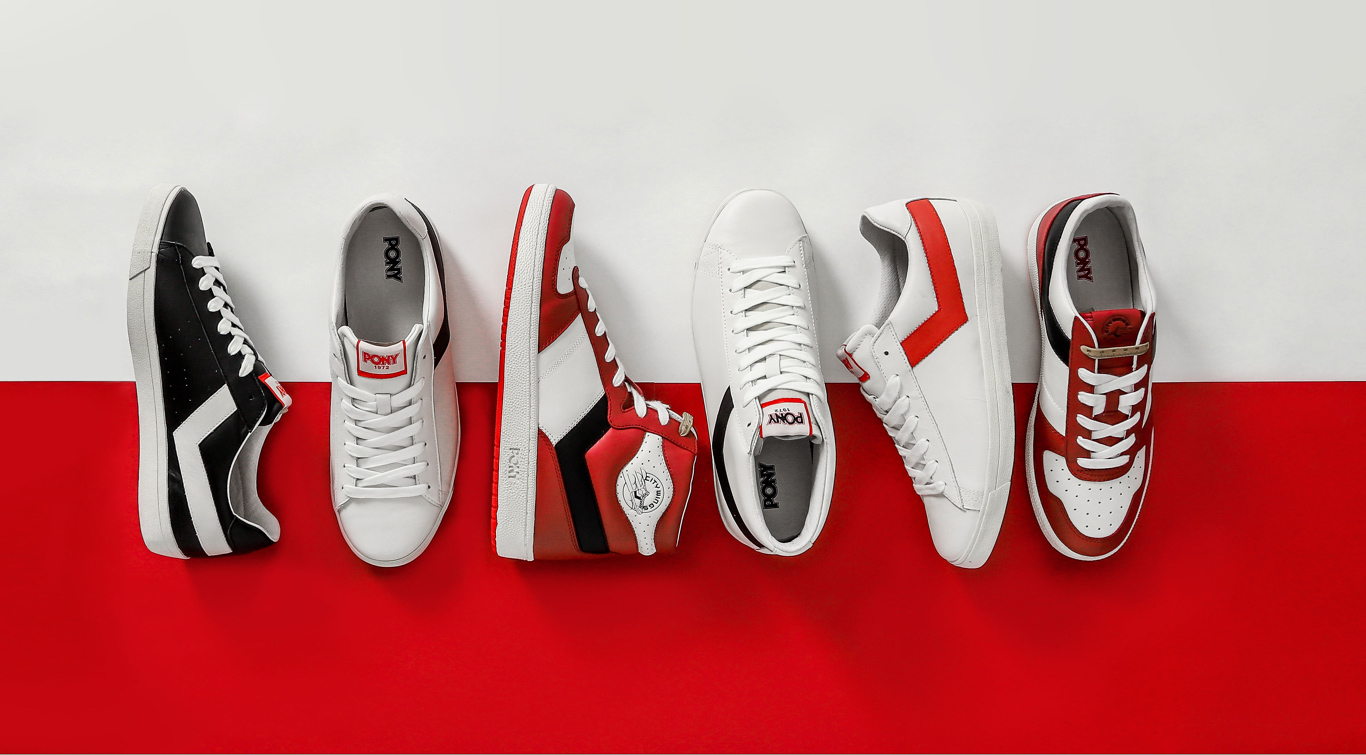 Short-hand for “Product of New York”, Pony was born from New York culture, as the original sneakers for real people. With it’s roots held deeply in athletics, the brand has played a role in some of the most iconic moments in sporting history, being worn by marquee players such as Pele, Reggie Jackson and Spud Webb, to name a few. Modern times has seen the athletic brand expand into the streetwear scene, with its sneakers making a seamless transition from sporting arenas to sidewalks. With classic silhouettes such as the Topstar and the City Wings taking centerstage, PONY is back and here to stay. 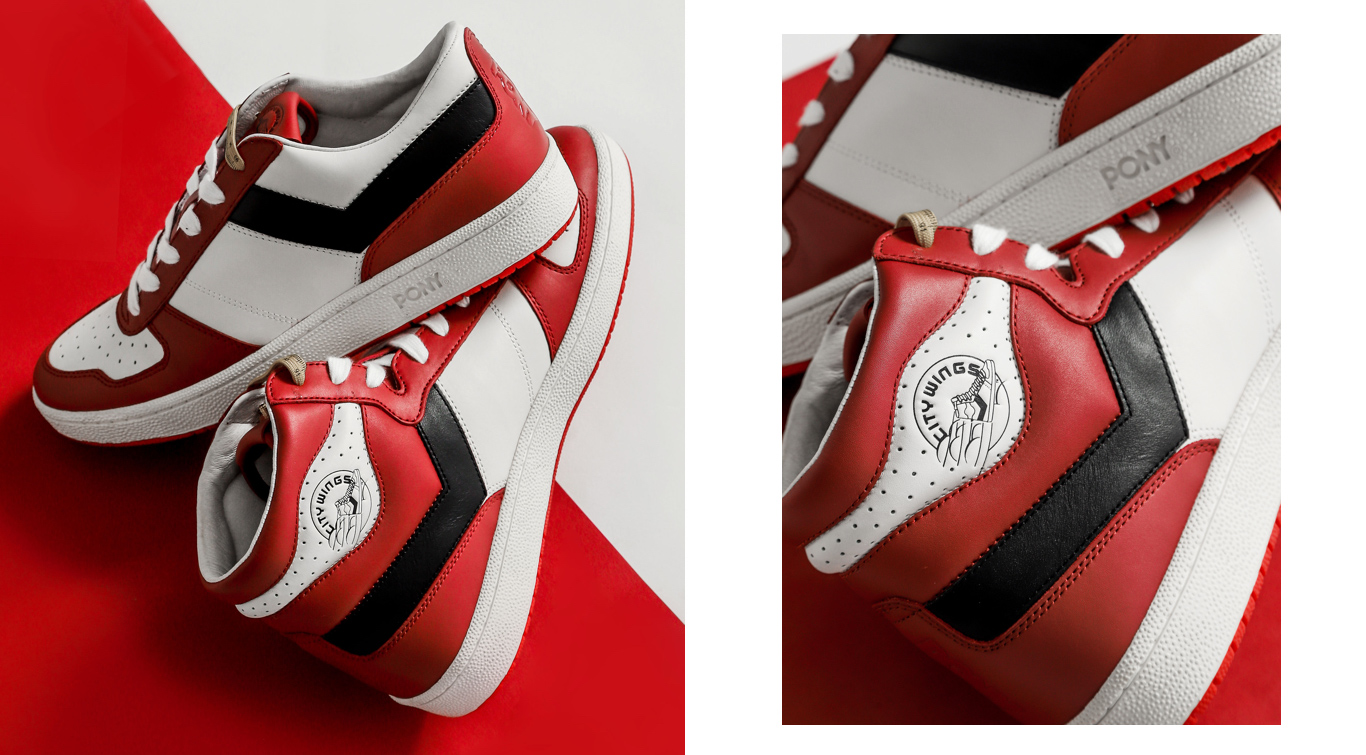 For the uninitiated, the City Wings can come off as a Jordan 1 imitation. However, if you dig a little deeper into sneaker lore, it’s not hard to see where Tinker Hatfield may have drawn his inspiration from when conceiving a piece of sneaker history. Arriving in a vintage marshmallow and red colourway, the City Wings Hi trainers from Pony were made famous when 5’7” Spud Webb wore them in his unlikely victory over his Royal Airness, Michael Jordan and Dominique “Nique” Wilkins in the 1986 Slam Dunk Competition. Crafted from genuine leather, the City Wings takes flight in both high-top and low cut iterations. Featuring retro-inspired perforated detailing to the toe and shaft, the original City Wings logo is featured above the PONY chevron, with a subtle PONY logo along the dimpled midsole. 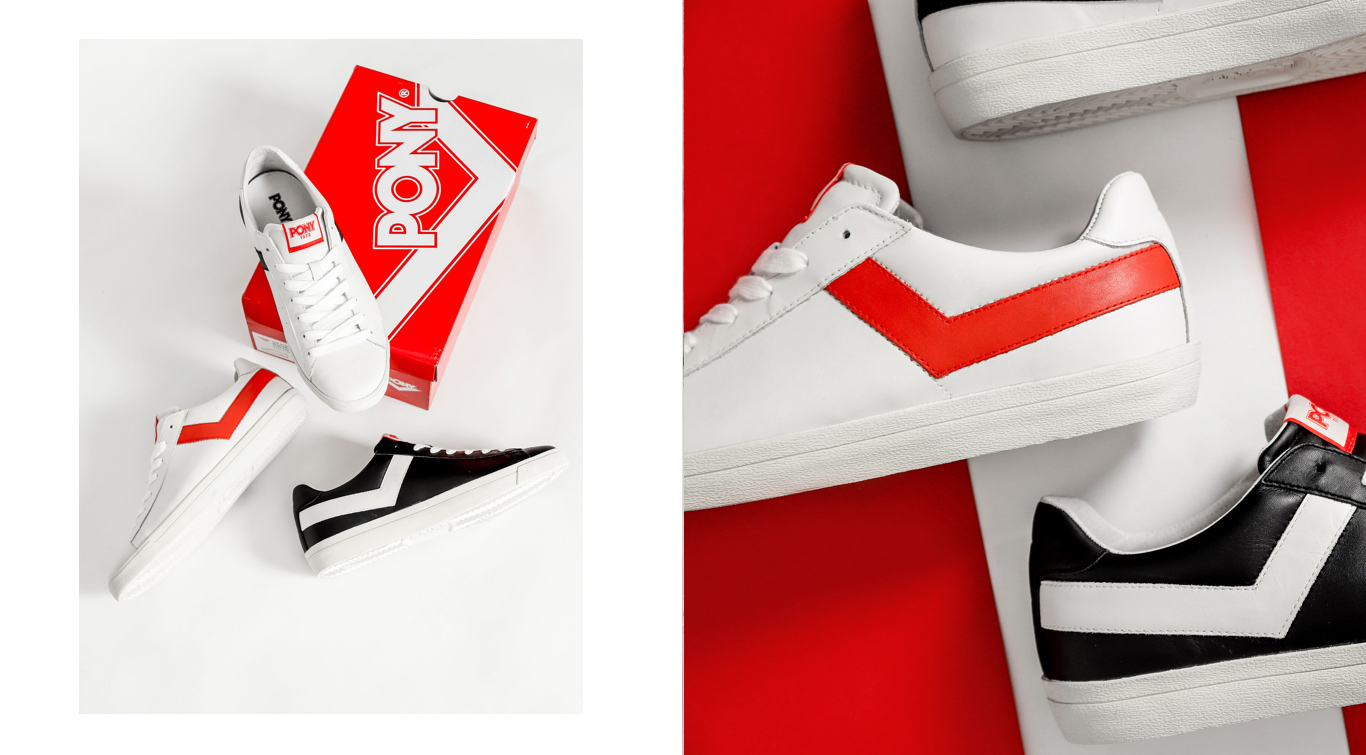 A slightly modernized version of the 1975 classic, the Topstar from Pony features minimalistic lines and a sleek shape, reviving the original basketball shoe as a street-ready version of the iconic classic. Landing in a range of pearly white hue, with contrasting colour pops, the trainers are complete with the signature Chevron on the side panels and the rear heel logo.

Poised to once again rise to the top of the ranks, Shop Pony’s latest collection at JD Sports here.